I'm the creator of this website and a professional merchant account rate and fee negotiator. I help businesses drastically lower their processing costs with existing or new merchant account services. I've also appeared in popular publications such as INC Magazine, The Atlantic, The Los Angeles Times, Detroit Free Press, Computer World Magazine, and several others. Contact me if you need advice with your credit card processing. 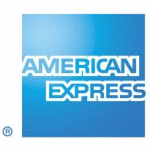 With the founding year of 1850, American Express is one of the oldest financial service companies in the United States and continues to be one of the largest today. The company is publicly traded on the New York Stock Exchange under the ticker “AXP” and makes up one of the 30 components of the Dow Jones Industrial Average. American Express is best known for its consumer service offerings such as traveler cheques, charge cards, and credit cards. The company is headquartered at 200 Vesey Street New York, NY. Anré Williams has been American Express’s president of global merchant services since January of 2018. Businesses must be able to accept American Express for card payments to open a merchant services account. Additionally, merchants must have been in business for at least two years while processing at least $50,000 per year, $12,000 of which must have been made from debit and credit card sales. This policy means that the provider does not accept new business for this service. Merchants not meeting that qualified should review the best merchant accounts for new businesses to find an alternative that is better suited for their unique needs.

Overall, American Express Merchant Services scores well in this section because the company does not lock merchants into lengthy service agreements and has no early termination fee for canceling accounts. The factor that lowers the company’s rating is the processing rate charged to merchants for accepting an AMEX transaction, which is typically between 3% and 5% of the sale amount (in some cases, though, merchants can just pay a flat monthly fee). The transaction rate is typically based on a merchant’s sales volume and business type. For instance, the company charges a swipe rate of 2.89% plus $0.05 to retailers but 3.5% plus $0.05 for restaurants. Rates are set upon account activation, but it will rarely compete with the rates offered by budget-friendly merchant accounts.

American Express argues that its processing rate is roughly equal to VISA’s and MasterCard’s in most cases when factoring in all of VISA’s/MasterCard’s additional monthly fees, Dues & Assessments fees, Interchange fees and PCI Compliance fees. If you are unfamiliar with these fees, be sure to read “Fee Sweep – How to Get the Merchant Services You Need without Getting Scammed.” Under its most common pricing plan, American Express does not charge any additional monthly fees, annual fees, or monthly minimum fees. Merchants are encouraged to inquire about rates and fees, and factors can affect their cost, when setting up an account. American Express has a reputation for providing great service for its consumer products and this appears to also extend to its merchant services, as there are very few online complaints directly targeting the merchant side of the company. Of the complaints that do exist, most are due to fund holds or chargebacks that American Express settled in a consumer’s favor. One very severe complaint filed below this review describes a fund hold of over $160,000 and poor customer service, but this is an extreme outlier that may be afflicting a very high-volume merchant. There are also a few complaints about the high processing rate and the fact that withheld payments are not necessarily refunded to the merchant even if the merchant refunded the customer (which is also standard with most VISA/MasterCard merchant accounts).

In 2018 the Supreme Court issues a decision in the matter of Ohio v. American Express Co. holding that the company’s “steering policies” did not violate federal antitrust laws. Those policies were included in merchant services contract, preventing merchants from suggesting customer use different credit cards which would have processing fees lower than American Express’ rates. Ultimately, the policy meant that merchants would pay higher rates as the court voted in favor of American Express by a vote of 5-4.

American Express offers phone support to all of its merchants, but its website currently does not list any direct customer support contact information for payment processing. This falls short of our expectations for top-rated customer service merchant accounts. The Better Business Bureau does not have a profile dedicated solely to American Express Merchant Services, but it does have one for the company as a whole. As of this review, the BBB is awarding American Express with an “A+” rating based on the company’s time in business, volume of complaints filed versus the company’s size, complaint response time, complaint resolution ratio, and the fact that the BBB has sufficient background information on the company. The company has been accredited by the BBB since 1948.

The BBB is reporting 2,930 complaints filed against American Express in the last 36 months. 525 resolved to the customer’s satisfaction. 1,845 relate to product and service issues, 726 pertain to billing and collection issues, 261 are related to advertising and sales, 47 relate guarantee and warranty problems, and the remaining 51 complains regard delivery issues. The grade will not be factored into the company’s overall rating for the purposes of this review because it is not specific to the merchant services division.

Unlike VISA and MasterCard, which outsource their sales and account management to third-party banks and sales organizations, American Express Merchant Services primarily manages all of its accounts directly. A major difference in this business strategy is that American Express typically does not allow third parties to set processing rates and fees for its merchant accounts, whereas VISA and MasterCard’s processing rates can be greatly influenced by both the sales organization and, in many cases, the agent setting up the account.

American Express Merchant Services uses no deceptive marketing or sales tactics that are apparent to this reviewer. However, it is possible that a third-party reseller could inflate the company’s rates under the OptBlue program. If you suspect that this is happening to you, we recommend seeking a third-party statement audit to eliminate hidden fees.

A Good Option at a Higher Cost

Small merchants often refuse to accept American Express due to the high processing rate the company charges. However, good merchant support and the lack of a long-term service agreement are appealing aspects of AMEX merchant services, and consumer demand often makes accepting AMEX cards a necessity. Merchants are encouraged to sign up with American Express Merchant Services directly and to take precautions against customer chargebacks as they appear to be the most common reason for merchant grievances. If they wish to apply for OptBlue pricing, they should do so through a top-rated merchant account provider. Get Your Processing Fees Refunded

In this article we explore a little known tactic for recovering excessive merchant account fees. Did you know that... Read more.
View Article Before you jump straight to reporting a merchant account provider, be sure you have exhausted all of your options with the company itself. Take notes and record the names of with whom you spoke, their titles and what they told you. This is important because most agencies will not get involved unless you have made a good faith effort to settle the disagreement directly. What is it like to sell merchant accounts and credit card processing services? How much can you make? Do you have job security? Find out here. How to Make Your Payment Processor Release Your Money

Are your funds being held? Did your payment processor freeze your account because of a chargeback? Were you deactivated by Square, Stripe, or PayPal? Make your merchant account provider release your cash reserve and get your money back now.

How to Get Out of a Merchant Account Contract

Cancelling a merchant account contract without paying an Early Termination Fee (ETF) can be one of the most difficult problems a small business owner can face. In fact, most business owners who encounter this issue are often caught by complete surprise because the cancellation fee was never revealed during the account setup process. Learn more about how to cancel a merchant account in this article