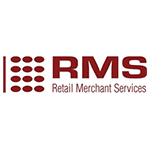 Retail Merchant Services is a European ISO of Atlanta, Georgia-based merchant account provider Elavon. Founded in 2007, RMS claims to provide retail, mobile, and e-commerce payment processing to over 27,000 merchants in the UK and Ireland.

RMS offers payment processing on all major debit and credit cards for most types of businesses. For in-person payments, they offer Ingenico and Verifone card readers in portable, mobile, and countertop options, which include their EPOS terminal. For online payments, they offer e-commerce shops, their own payment gateway, and the ability to pay by email. They also offer integration with major digital wallets and 140+ currencies. They boast a product called SmartBridge for integrating different payment channels (such as online and in-person), and they offer a virtual terminal for payments over phone.

Should You Trust Retail Merchant Services?

Given the company’s size and time in business, there are a high number of negative Retail Merchant Services reviews that accuse the company of being a scam or a ripoff. In the comment section below this review, we have received more than 160 complaints related to undisclosed fees, higher-than-expected rates, expensive equipment leases, and poor customer service. Almost all of these complaints refer to unexpected fees. Despite this, the company maintains a positive rating of 3.7 out of a possible 5 based on 5,919 reviews on Trust Pilot UK, a consumer reporting website.

On UK Business Forum, there are multiple threads devoted solely to discussing merchant issues with RMS. Most complainants who have received terminals through RMS mention the expensive cancellation and refurbishment fees associated with this equipment.

We have not found any outstanding class-action lawsuits or FTC complaints filed against Retail Merchant Services. Dissatisfied merchants who wish to pursue a non-litigious course of action against the company should consider reporting it to the relevant supervisory organizations.

RMS offers customer support by phone and support form, but reviews indicate that these channels are not especially helpful to merchants.

RMS’s performance in this category has not earned it a place among our top-rated merchant accounts for great customer service.

Is the BBB Rating for Retail Merchant Services Accurate?

The BBB does not maintain a profile for Retail Merchant Services at this time. We will therefore not factor the BBB into this review.

How Expensive is Retail Merchant Services?

According to multiple online reviewers, the standard RMS contract is a three-year agreement through Elavon with automatic renewal for one-year terms, a £180 early termination fee, a £96 terminal refurbishment fee upon cancellation, a variable monthly minimum fee, a PCI Compliance fee of up to £100 per year, and an attached non-cancellable, 36-month terminal lease. Merchant reviews convey rates of 2.65% + 19p for swiped transactions and 3.5% + 19p for those which are keyed in on top of monthly fees of at least £10. Cancellation of the terminal lease will result in RMS charging a merchant a Liquidated Damages fee that can total over £1,000.

In addition to its storefront payment processing services, Retail Merchant Services also dedicates a portion of its website to advertising its virtual terminal and payment gateway services. However, pricing is not disclosed on either of those services. Additional rates and fees, including gateway fees, technical support fees, batch fees, and additional transaction rates typically apply to these e-commerce services.

Most public complaints filed against the company are related to unexpected or higher-than-expected fees. The company’s standard terms are not competitive in comparison to budget-friendly merchant account providers, but the fact that they are inconsistently disclosed according to merchants has lowered the company’s score to a “D.” We encourage merchants to check out our list of the providers of the best merchant accounts.

Retail Merchant Services appears to market itself primarily through cold calling and independent sales representatives. The use of independent agents is commonly tied to high merchant complaint rates due to the fact that these agents are usually paid by commission and receive little oversight. RMS appears to be no exception, as there are numerous online complaints that describe nondisclosure of contract terms, high-pressure sales tactics, and misleading claims by sales agents. The most common pain points for merchants appear to be the company’s early termination fee and terminal rental fee, neither of which is consistently disclosed at the point of signing, according to complaints. This does not compare favorably to our list of best credit card processors.

To its credit, the company does not promote misleading offers or rates in its official materials. If you suspect that RMS is sneaking hidden fees into your contract, you can hold them accountable with a third-party statement audit.

A Substandard Option for UK Businesses

Retail Merchant Services rates poorly as a credit card processor due to complaints of expensive cancellation policies, deceptive sales practices, a high complaint rate, and poor customer service. Merchants who are approached by an RMS representative are encouraged to request and carefully read all documentation before signing and to negotiate out unsavory conditions wherever possible. Merchants are encouraged to compare RMS’s pricing to that offered by top-rated UK merchant account providers.

What Others Are Saying About Retail Merchant Services