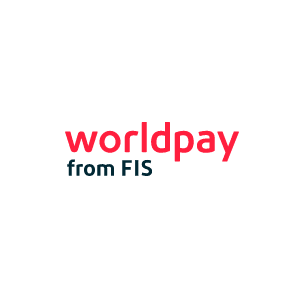 WorldPay is a very large direct processor with an international presence in 40 countries, with a primary focus on the U.K. and Europe. Founded in the UK in 1989 under the name “Streamline“, the company’s name was changed to WorldPay a few years later. In 2001, WorldPay began to offer U.S. merchant accounts in Atlanta, Georgia. Shortly after, the company was bought by The Royal Bank of Scotland (RBS) and rebranded as RBS WorldPay. In 2010, RBS sold its controlling interest in the company and RBS WorldPay was rebranded back to just “WorldPay.”

In 2017, Vantiv acquired WorldPay for $10 billion. The combined entity has since assumed WorldPay’s name and begun to consolidate its sub-brands into WorldPay. Less than two years later in March of 2019, Fidelity National Information Services, Inc. announced its agreement to purchase WorldPay for $35 billion. The Fidelity acquisition became finalized on July 31, 2019.

Charles Drucker is listed as the president and CEO of the company and its corporate headquarters are located at 8500 Governors Hill Drive, Symmes Township, OH.

Should You Trust WorldPay?

There are hundreds of negative WorldPay reviews online, and many of these complaints accuse the company of being a ripoff or a scam. The most common types of complaints report unexpected fees and surprise over the $495 cancellation fee or auto-renewing contract (example here). There are also complaints regarding deceptive sales practices by agents, poor customer support, and fund-holds. Merchants who have had their funds held by WorldPay may be better served by a high-risk specialist.

Active in Responding to Complaints

Company representatives have been active in responding to publicly filed complaints (including those in the comment section below this review), but it’s unknown whether the complainants ultimately receive satisfactory resolutions to their problems. It should be noted that many complaints may get attributed to WorldPay’s resellers instead of WorldPay itself and vice-versa. In general, the company has a moderate number of complaints that follow very consistent themes, which warrants a “C” rating.

WorldPay settled a suit regarding alleged overcharging of nearly 200,000 merchants in 2017 for $52 million.

On May 1, 2019, investor’s rights law firm Halper Sadeh, LLC. announced that it had filed a class-action lawsuit against WorldPay. The suit alleges that WorldPay had offered its shareholders a misleading registration statement recommending that they vote in favor of the company’s sale to Fidelity National Information Services, Inc. The statement is purported to have misled shareholders about each company’s financial projections and the potential conflicts of interest relating to the firm entrusted with the financial analysis of the company. This complicates the agreed-upon $35 billion acquisition of the company by Fidelity which was announced in March of 2019.

The suit on behalf of the company’s shareholders comes less than a year after two other class-action suits against WorldPay. In the matters of Alghadeer Bakery and Market, Inc. v. Worldpay US, Inc. and Acebedo & Johnson, LLC et al v. WorldPay US, Inc., merchants allege that the company executed a “multi-part scheme” to knowingly misrepresent and omit fees. A settlement was reached, directing WorldPay to pay $15 million into a settlement fund to pay cash benefits to affected merchants.

We have uncovered evidence of three more lawsuits against WorldPay from 2020, two of which seem to involved merchants’ money being allegedly held by WorldPay (see here and here) and one of which involves a former employee suing the company over race-related issues.

WorldPay offers phone and email customer support to all of its merchants and may also provide support for its subsidiaries’ merchant accounts.

Is the BBB Rating for WorldPay Accurate?

As of this review, the Better Business Bureau has given WorldPay a “B-” rating. As of a previous update to this review, the BBB showed that WorldPay (as FIS) received accreditation in 2010 and had an “A-” rating. Despite being recently reset, the company’s profile is currently showing 476 complaints in the last 36 months, which is a massive increase from the 259 at the time of our last review. 252 of the complaints were due to a problem with a product or service, 200 were billing or collections issues, 2 were due to advertising or sales problems, 4 had to do with a guarantee or warranty, and 18 were issues with delivery. Only 108 of these 476 complaints were resolved by the company to the satisfaction of the merchant. The remaining 368 were resolved to the dissatisfaction of the merchant or received no final response.

The company also received 16 informal customer reviews on its BBB profile, all of which were negative in tone. A recent review cites poor customer service:

Horrible. The worst customer service ever. On hold for hours on hours during business hours. Then at the end of the day, they just leave you on hold for another five hours or overnight. Never answered an continue to leave all of our reps on hold until Worldpay closes. This cycle of ignoring us is beyond disappointing.

This customer’s complaint shows the difficult issues merchants can face against providers. Learning how to cancel a merchant account without paying a fee can aid in avoiding situations like these.

Considering the company’s complaint volume and resolution rate, we agree with the BBB’s rating of a “C” for the purposes of this review.

How Expensive is WorldPay?

WorldPay advertises rates of 2.90% plus $0.30 for swiped transactions and 3.30% plus $0.30 for those that are keyed in. The company’s qualified rate is slightly lower at 2.70% plus $0.30. Based on a few reports, it appears that merchants are more likely to experience higher rates and longer service agreements by signing up directly with WorldPay instead of through a reseller. This is probably because the company gives resellers pricing and contract flexibility, which allows them to offer better deals to merchants if they choose to do so.

Merchants considering a WorldPay merchant account should read the company’s contract carefully, as the standard service agreement is for three years with automatic one-year renewals if written notice is not given within 90 days of the service expiration. The contract includes an early termination fee of up to $295. Additionally, the company appears to charge a PCI Compliance fee of $15-$25 per month, which is above average for the industry. Merchants are also reporting an annual fee of $69 for what looks like an IRS 1099 reporting fee. Worldpay leases point-of-sale equipment through its ISO’s at terms ranging from 12 months to 48 with a monthly charge for the equipment based on each merchant’s credit score. Merchants leasing equipment from WorldPay have an option to purchase the equipment at the end of their lease term. We encourage merchants to check out our list of the providers of the best merchant services.

In addition to its storefront payment processing services, WorldPay also dedicates a portion of its website to advertising its virtual terminal and payment gateway services for B2B and B2C sales. However, pricing is not disclosed on either of those services. Additional rates and fees, including gateway fees, technical support fees, batch fees, and additional transaction rates typically apply to these e-commerce services.

The potentially high cancellation fee, auto-renewing contract, and high compliance fees greatly lower the company’s rating in this section and prevent it from being an affordable merchant account provider.

Does WorldPay Use Deceptive Marketing?

WorldPay markets its services both directly with its own inside sales staff and indirectly using independent sales agents, resellers, and sub-ISOs. This is a common strategy for the industry and usually leads to a moderate amount of complaints. In this case, we are able to locate hundreds of negative WorldPay reviews that describe nondisclosure or misrepresentation of fees by sales agents. These complaints cite all varieties of unexpected charges, including undisclosed termination penalties, higher-than-quoted rates, and unexpected monthly costs. If you suspect that you are being charged undisclosed fees, we recommend seeking a fee reduction analysis from an independent third party.

We found no uses of misleading advertising or rate quoting in the company’s official materials. This compares favorably to our list of best credit card processors. Given WorldPay’s complaint volume and the regularity with which these complaints have been posted, however, we have assigned the company a “C” rating in this section.

Does WorldPay Deserve Your Business?

Not a Recommended Option

WorldPay is a very large direct processor that processes payments around the world. It rates poorly according to our rating criteria due to a large overall number of complaints regarding its termination fee and customer service. The company can improve its rating in this review by reducing or eliminating its early termination penalty and auto-renewing contract and greatly reducing its volume of merchant complaints.

What Others Are Saying About WorldPay