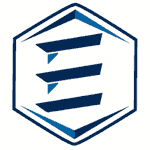 Eliot Management Group is a mid-size merchant account provider based in Fort Worth, Texas, that appears to have opened its doors in 1999. Eliot Management Group is an ISO/MSP of Fifth Third Bank, Cincinnati, OH, and may be under the same ownership as (or have ties to) Appstar Financial, Apex Merchant Group, Trans Tech Merchant Group, Summit Merchant Solutions, First American Payment Systems, and Certified Payment Processing, as suggested in several merchant reports. Although no public information exists to verify these claims, most of the mentioned companies share very similar complaints and contract details.

Eliot Management Group now lists its headquarters at 100 Throckmorton St, Suite 250, Fort Worth, Texas 76102 along with 8 other listed offices. Ron Dicther is listed as CEO of EMG.

Costs and fees of an Eliot merchant account will likely vary based on the agent setting up the account as well as a merchant’s business type. Numerous merchants report that actual fees are much higher than what they were originally quoted and that they experienced several fees which were not disclosed prior to account setup.

In addition to its storefront payment processing services, Eliot Management Group also dedicates a portion of its website to advertising its virtual terminal and its payment gateway, which is powered by FirstPay.Net. However, pricing is not disclosed on either of those services. Additional rates and fees including gateway fees, technical support fees, batch fees, and additional transaction rates typically apply to these e-commerce services.

In addition to processing fees and other monthly fees that can vary, Eliot’s standard merchant account agreement includes an annual PCI Compliance fee reported to be $125 per year, a three-year service agreement that automatically renews for one-year terms, and a $495 Early Termination Fee (ETF). Both of the fees are automatically debited from a merchant’s attached checking account, and there is only a small window of opportunity to cancel service before the service agreement renews. Eliot Management Group also appears to partner with Northern Leasing to sell equipment leases, which automatically prevents it from competing with the industry’s cheapest merchant accounts.

We are currently able to locate more than 225 Eliot Management Group complaints on this and other consumer protection websites, and many of these complaints outright allege that EMG is a scam or a ripoff. This is a high number of complaints in comparison to similar-sized providers. The overwhelming themes of the complaints are reports of hidden and undisclosed fees, unauthorized debits from checking accounts, inability to resolve problems, difficulty canceling service, and poor customer support. Many of these problems seem to be traceable to deceptive sales tactics used by agents and failure to verbally disclose important fees and conditions prior to setting up accounts, instead relying on merchants to read the fine print. With the exception of complaints to the Better Business Bureau, it appears that, in many cases, Eliot Management Group chooses to enforce contracts rather than satisfy merchant grievances.

Though not related directly to its merchant account services, the company is in the midst of a class-action lawsuit filed in 2018 by former sales employees. The disgruntled ex-employees allege that the company did not pay them commissions that they were due in violation of the Fair Labor Standards Act.

This follows a 2012 class-action lawsuit from former employees filed in 2012, which alleged that the company violated the Minimum Wage Laws of many states.

In 2020, EMG was sued by a merchant for allegedly attempting a scheme in which it leased broken equipment and took payment for it with no ability or intent to fix it. This suit ended in a settlement for the plaintiff, the amount of which was not disclosed.

Eliot Management Group claims to offer 24/7/365 phone support on its website. Given the company’s high complaint total, merchants should not expect this phone line to compete with the service offered by top-rated payment processors for great customer service.

As of this review, the Better Business Bureau is giving Eliot Management Group an “A+” rating based on 29 complaints filed within the last 36 months. 17 of the complaints were due to a problem with a product or service, 11 were billing or collections issues, and 1 was an issue with delivery. Only 3 of these 34 complaints were resolved by the company to the satisfaction of the merchant. The remaining 26 were resolved to the dissatisfaction of the merchant or received no final response.

EMG has also received 36 informal reviews on its BBB profile. 14 reviews are positive and 18 are negative. It should be noted that the vast majority of positive reviews have come in the last few months, which may be a sign that the company is improving or may be a sign that they are offering incentives for positive reviews. The most recent negative describes the company allegedly signing the merchant’s name fraudulently:

Be aware! This company will copy and paste your signature to their agreement without your knowledge of any of their terms. That is the definition of fraud!!!! They proceeded to steal $495.00 from my account. Utterly despicable!!

Dissatisfied merchants who wish to pursue a non-litigious course of action against the company should consider reporting it to the relevant supervisory organizations.

It is unclear why the BBB has assigned the company an “A+” when it has received 29 complaints in the past three years and has only successfully resolved 3 of them. We have therefore adjusted the BBB’s rating to a “D” for the purposes of this review according to our own rating criteria.

Based on merchant complaints, it appears that agents are either poorly trained in the terms and conditions of Eliot’s merchant account agreement or are encouraged to omit important details during the account setup process. This is evidenced by numerous merchant reports claiming surprise over fees and service commitments, and complaints of misleading sales tactics. At a minimum, the complaints suggest a lack of oversight that allows many agents to engage in deceptive sales practices. It also appears that Eliot often enforces the contracts even when merchants claim that an agent misled them. If you are stuck in an expensive Eliot Management Group contract, you can lower your costs without switching by seeking a third-party statement audit.

A Poorly Rated Option for All Merchants

Eliot Management Group rates as one of the worst merchant account providers in the industry according to our rating system. Like the companies with which Eliot Management Group is allegedly affiliated, Eliot suffers from numerous complaints of deceptive sales tactics by agents, nondisclosure of important fees and conditions, and poor customer support when attempting to resolve problems or cancel service. The company can improve its rating by amending unfriendly and predatory contract policies and eliminating complaints of deceptive sales tactics, unauthorized debits, and poor customer support.