Established in 2000, Leaders Merchant Services is a merchant account provider that serves businesses of most sizes. The company specializes in retail, home-based, mail-order, and e-commerce merchant accounts, enabling merchants to process “swiped” card-present transactions as well as “keyed” card-not-present transactions. Leaders was acquired by Paysafe (formerly iPayment) in November 2017. The company prominently advertises that it is a contracted reseller of First Data and Clover as a POS solution.

Leaders is located at 725 Via Alondra, Camarillo, California 93012, and is a registered ISO/MSP of BBVA USA, Birmingham, Alabama. Brandon Wolfe is the president and CEO of Leaders Merchant Services.

Are you a decision maker with Leaders Merchant Services? Claim this review.

The standard Leaders Merchant Services contract is a three-year agreement with a yearly PCI compliance fee of $129, a monthly service charge of $7.95, a $40 monthly non-compliance charge, and an early termination fee of either $350 or $250 depending on when a merchant cancels. Some Leaders Merchant Services fees appear to vary—a few merchants report a monthly minimum between $20-$25—but most of these figures are consistent across all complaints. As noted above, merchants also report paying higher rates on their swiped transactions than they were originally quoted. While the company advertises rates as low as 0.15% plus $0.18 for transactions, many merchant complaints reflect those figures as being deceptive and being charged as high as 11%. The company also advertises a multitude of payment processing equipment options, include Clover POS systems. However, it is not disclosed whether the company sells these terminals or leases them.

In addition to its storefront payment processing services, Leaders Merchant Services also dedicates a portion of its website that advertises its virtual terminal and payment gateway services, provided by Authorize.Net. A typical merchant agreement through Authorize.Net includes a transaction rate of 2.90% plus $0.30, a gateway fee of $25 per month, and a batch fee of $0.15. However, as a reseller of its services, Leaders Merchant Services reserves the right to alter these terms and conditions.

Because the company relies on an independent team of sales agents, it is likely that some contract terms are negotiable depending on the agent servicing the account. Leaders’s standard pricing is about average for the industry, which prevents it from competing with the cheapest merchant accounts. The company also appears to do a poor job of communicating these terms to its clients, so we assign Leaders a “C” in this section.

Are you happy with your Leaders Merchant Services fees? Tell us about them before your go!

In the time since this review’s original publication in April 2012, it has received over 200 comments, the overwhelming majority of which are complaints about Leaders Merchant Services. In addition, we were able to locate more than another 450 complaints filed against the company on other consumer protection websites. These complaints have been posted with regularity over the past three years. Common themes expressed by complainants include misrepresentation of rates, nondisclosure of fees, unreachable customer service representatives, unauthorized debiting of accounts, and funds held without notification. Even for a large company, this is a higher-than-average complaint rate.

We have not found any outstanding class-action lawsuits or FTC complaints filed against Leaders Merchant Services. Dissatisfied merchants who wish to pursue a non-litigious course of action against the company should consider reporting it to the relevant supervisory organizations.

The company’s website lists a dedicated phone line and an email form, although it’s unclear whether the phone number goes to customer support or to sales. This falls short of our expectations of the top-rated merchant accounts for great customer service.

Do you have a complaint or testimonial about Leaders Merchant Services? Make your voice heard before you go!

Leaders Merchant Services is not currently accredited by but has a “B” rating with the BBB. The company’s profile is currently showing 254 complaints in the last 36 months. The company had been accredited by the BBB since 2004 at one point but no longer holds that distinction. 17 of the complaints relate to advertising or sales, 104 were due to billing or collection, 129 had to do with product or service problems, and 4 had to do with delivery complaints The complaint resolution log shows 40 complaints as satisfactorily resolved and 214 complaints that have been answered but have not received a final response from the merchant.

The company also has 114 informal reviews, 50 of which are negative and 64 positive testimonials filed with the BBB. The most recent negative review is from a merchant shocked at the cost of their fees:

Wish I could leave a negative review! Also wish I would have checked here for reviews before I became a victim! Josh **** and the rest of them should be in jail! Extremely misrepresenting fees. Those low fee’s might happen if you can jump through a bunch of hoops that a small business would never be able to pull off! Steer clear.

Merchants in this position can benefit from statement monitoring to be sure they are being charged fees commensurate with what they were quoted.

In light of these figures, we are adjusting the BBB’s rating to a “D.”

How has Leaders Merchant Services treated you? Tell us about it here!

Leaders Merchant Services appears to utilize telemarketing and independent sales agents to market its services. The company likely also maintains an inside sales staff and engages in traditional advertising, but most merchant complaints describe a telemarketing/independent agent approach. This practice seems to have resulted in numerous complaints (on this website and elsewhere) citing nondisclosure of fees and aggressive sales tactics by agents. The primary source of complaints, though, appears to be the use of deceptive rate quoting by agents and in the company’s official marketing materials.

At the time of an earlier update, the home page for Leaders Merchant Services prominently quoted “rates as low as 0.35%.” As of this update, the company is advertising “rates as low as 0.15%” on its rate quote page and in Google search results. These advertisements make no mention of the higher “Mid-Qualified” and “Non-Qualified” rates that merchants will pay for the vast majority of their transactions. In addition, the company’s “Rates” page previously offered an explanation of Qualified, Mid-Qualified, and Non-Qualified rates and stated that “the rate you should receive most frequently” is the Qualified rate. For most merchants, this is simply not true.

We consider this type of rate quoting to be deceptive because it is likely to give merchants an unrealistic expectation of the rates they will actually pay. Many publicly available complaints confirm this to be precisely the case, as merchants report their sales agents quoting them the Qualified rate and never mentioning other possible rates before signing. If you suspect that your sales agent snuck extra fees into your account, we recommend seeking a third-party statement audit to find and eliminate hidden fees.

Did you get what you expected from Leaders Merchant Services? Tell us why, or why not. 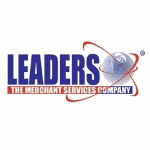 Our Opinion of Leaders Merchant Services

A Substandard Option for Most Merchants

Leaders Merchants Services rates as a below average merchant account provider according to our criteria. The company can improve its rating by better regulating its sales agents and by removing deceptive rate quotes from its sales pitches. Additionally, the company could benefit from working to lower its complaint rate. Merchants are advised to carefully examine the complete terms of any Leaders Merchant Services contract they are given, as the company currently ranks among the worst merchant account providers we’ve reviewed.

We rely on your feedback about Leaders Merchant Services to keep this review accurate and up-to-date. Please take a minute to tell us about your experience. We and the small business owners of this world thank you!

261 Reviews Leave Your Review for Leaders Merchant Services Below