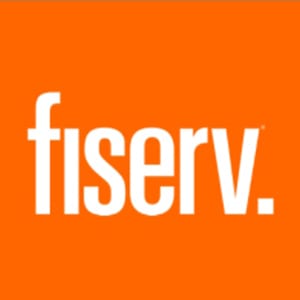 Fiserv, formerly known as First Data, is a large electronic payment processing company headquartered at 255 Fiserv Drive Brookfield, WI 53045. The company’s main bread and butter is providing back-end card processing services to Independent Sales Organizations (ISOs), banks, and other merchant account providers across the world. It has also recently broken into the point-of-sale software market with its Clover POS system. In May 2017, the company purchased CardConnect for $750 million, and in October, it announced its acquisition of BluePay. In January 2019, First Data was acquired by Fiserv, a global provider of financial services technology, in an all-stock transaction valued at $22 billion. Frank Bisignano was CEO of First Data and remains as CEO for Fiserv. In 2021, Fiserv purchased Radius8 for $14 million and Ondot Systems for $270 million.

Under their Fiserv Merchant Services division, Fiserv processes all major debit and credit cards for all sizes of businesses. Fiserv’s processing services are most often received through a reseller, but as a direct processor, they offer an extensive array of services. These include the popular Clover POS system family, card readers, complete e-commerce solutions, ISV payment integration, the ability to pay in many currencies, B2B payments, extensive analytics, pay through most available avenues (including newer tech like touchless pay, phone scanning, curbside pickup, and digital assistants), an array of security features and tools, payout solutions, digital ACH, gift card and rewards solutions, payroll, and the Carat “omnichannel” solution, which is meant to integrate processing for a company across most worldwide channels. It should be noted, however, that most merchants using Fiserv services will be doing so through a third party, meaning they might not receive the benefits of every Fiserv feature.

The Company Behind Many Resellers

Unlike most merchant account sales organizations, Fiserv is a direct processor with Visa and MasterCard. While the company does have a small direct sales force, Fiserv relies primarily upon partnerships with third-party resellers and sub-ISOs to sell its credit card processing services and equipment leases through First Data Global Leasing. Two of these resellers include a couple of the largest banks in the United States, Wells Fargo Merchant Services and Bank of America Merchant Services. These two partnerships along with thousands of others make Fiserv one of the largest processors in the world, if not the largest. In fact, it has been stated that roughly 45% of all credit card sales in the U.S. are processed by Fiserv.

While the Fiserv headquarters is at the Wisconsin address listed above, it appears the old First Data buildings are still in operation. As such, the former First Data headquarters at 2900 Westside Pkwy, Alpharetta, GA 30004 is likely still in use by the company’s processing division. The BBB lists Nancy Whitt as the principal at First Data, while LinkedIn lists Michael Ross as the Senior Account Executive for Fiserv/First Data.

Fiserv provides interchange-plus and tiered rates to merchants. As a direct processor, Fiserv sets its tiered rates slightly above interchange and then allows resellers to mark up the wholesale costs in order to sell credit card processing services to merchants at a profit. It’s a popular misconception that signing up with a direct processor like Fiserv is cheaper than signing up with a Fiserv reseller. In some cases working directly with Fiserv may result in rock-bottom rates, but often the company’s direct sales channel is just as expensive as its resellers.

When it comes to customer service, Fiserv has the ability to serve its merchant account customers directly via a 24/7 customer service call center. Resellers can also provide their own customer service. As a third option, Fiserv offers customer support for resellers at an additional cost to the reseller. In a few Fiserv reviews, merchants have reported confusion about which company is responsible for servicing their account.

Fiserv has a high volume of complaints, with more than 600 in the comment section below and over 400 more on other consumer protection websites. Most of these complaints report deceptive sales tactics used by some resellers and agents, poor customer service, inability to resolve disputes over billing and service commitments, and omissions of important contract terms prior to account setup. Additionally, several merchants who reported signing up through resellers state that they were placed into contracts directly with Fiserv without proper disclosure of important terms and conditions (for instance, non-cancellable leases for point-of-sale equipment). Many smaller merchants can avoid these contractual issues by signing up for a month-to-month credit card processing provider.

In 2017, First Data was also sued in a separate class-action lawsuit arising out of New York alleging that the company charges excessive termination fees on equipment leases. A jury trial has been demanded by the plaintiffs in the latter of the two lawsuits.

We have been also made aware of a 2016 lawsuit filed against First Data by a First Data reseller called Peel Payments. Among other things, this lawsuit alleges that First Data dramatically increased some of its merchants’ authorization fees from $0.05 per transaction to more than $0.60 per transaction. Even in the most extreme card-not-present payment environments, authorization fees typically do not exceed $0.30. In light of these allegations, First Data merchants are advised to check their statements for any fee increases and renegotiate their contracts if they are being overcharged.

Fiserv was involved in another suit in April 2019, when Bessemer System Federal Credit Union sued the company for allegedly failing to address persistent vulnerabilities in the platform that powers its banking websites and online applications. At the time of this writing, the suit appears to be ongoing.

In July 2019, First Data took a settlement agreement in which they were to pay $40 million in relation to a lawsuit brought against them regarding their processing payments from First Pay Solutions LLC which they allegedly knew were used for money laundering. The money was to be paid out as refunds for consumers.

July 2021 saw a lawsuit brought against Fiserv due to its Bank of America Merchant Services arm. The suit claims that the company charged excessive fees that are not in merchant contracts, and it is ongoing.

The company has a dedicated support website that hosts 24/7 phone and email support. As of this review, the former live chat support feature has been removed. These contact options are close to what we expect from top-rated merchant accounts for great customer service. Given the company’s high complaint total, legal issues, and problems with resellers, we are awarding Fiserv a “D” in this category at this time.

The Better Business Bureau is clearly having difficulty distinguishing between Fiserv itself, its independent sales channels, and its resellers. There are numerous profiles on the BBB website that are actually resellers of Fiserv, yet the BBB attributes these pages to Fiserv itself. On the actual report for First Data’s corporate headquarters, the BBB assigns an “A-” rating.

Fiserv has accumulated 703 complaints in the last three years. 543 complaints are due to problems with products or services, 77 pertain to billing or collection issues, 6 relate to advertising or sales problems, and 77 concern delivery issues. 186 of these complaints have been resolved by First Data to the satisfaction of the merchant. Meanwhile, the remaining 517 complaints have not been resolved to the satisfaction of the merchant or did not receive a final response.

Fiserv has also received 283 informal reviews through the BBB, most of which were negative in tone. It should be noted that some of the reviews appear to refer to other services besides payment processing. A recent complaint mentions missing funds and poor customer service:

It happens been 38 days since we informed First Data that our funds from our sales where not being deposited. No one from the department that deals with this has contacted me. We have had to contact a paralegal to get our money back.

Merchants would be better served with one of the processors from our list of best merchant account providers for customer service.

Due to Fiserv’s high volume of complaints and negative reviews, we have adjusted the company’s rating to a “D”.

An Army of Resellers

As stated earlier, Fiserv primarily markets its services through an army of resellers and affiliates, most notably its wholly-owned reseller CardConnect. The company has its own direct sales offices, but these make up a tiny fraction of Fiserv’s overall sales force. Fiserv has suffered considerable damage to its reputation due to many of its resellers using misleading sales tactics and deceptive marketing. With independent sales offices located across the country, it may simply be beyond Fiserv’s capabilities to manage the conduct of its sales agents on a local scale. Fiserv appears to do a poor overall job of policing its ISOs and eliminating bad partners.

Your Agent Makes the Difference

Aside from its heavy use of resellers, Fiserv does not appear to use misleading advertising or deceptive marketing through its own sales force. However, there are a considerable amount of complaints that describe the use of deceptive sales practices among its agents. It appears that many agents fail to mention buried contract commitments, most commonly lease terms for point-of-sale equipment provided by First Data Global Leasing. These reports have kept Fiserv from being considered a top merchant account provider. Merchants are advised to request complete copies of their merchant application, program guide, and equipment lease terms before signing up for service.

Average for Large Businesses, Not Recommended for Small Businesses

Since Fiserv primarily acts as a “behind-the-scenes” card processor for most resellers, a merchant can have completely different experiences depending on which reseller he or she chooses. Working directly with Fiserv may not be advisable for small merchants since it doesn’t guarantee lower rates and Fiserv’s direct merchant support is notoriously poor. That being said, Fiserv does have the ability to offer lower rates than many of its resellers and may be a good fit for high-volume merchants. Before You Switch,
Get Refunds!

Before you switch processors, a tactful call with your current processor can yield huge refunds.